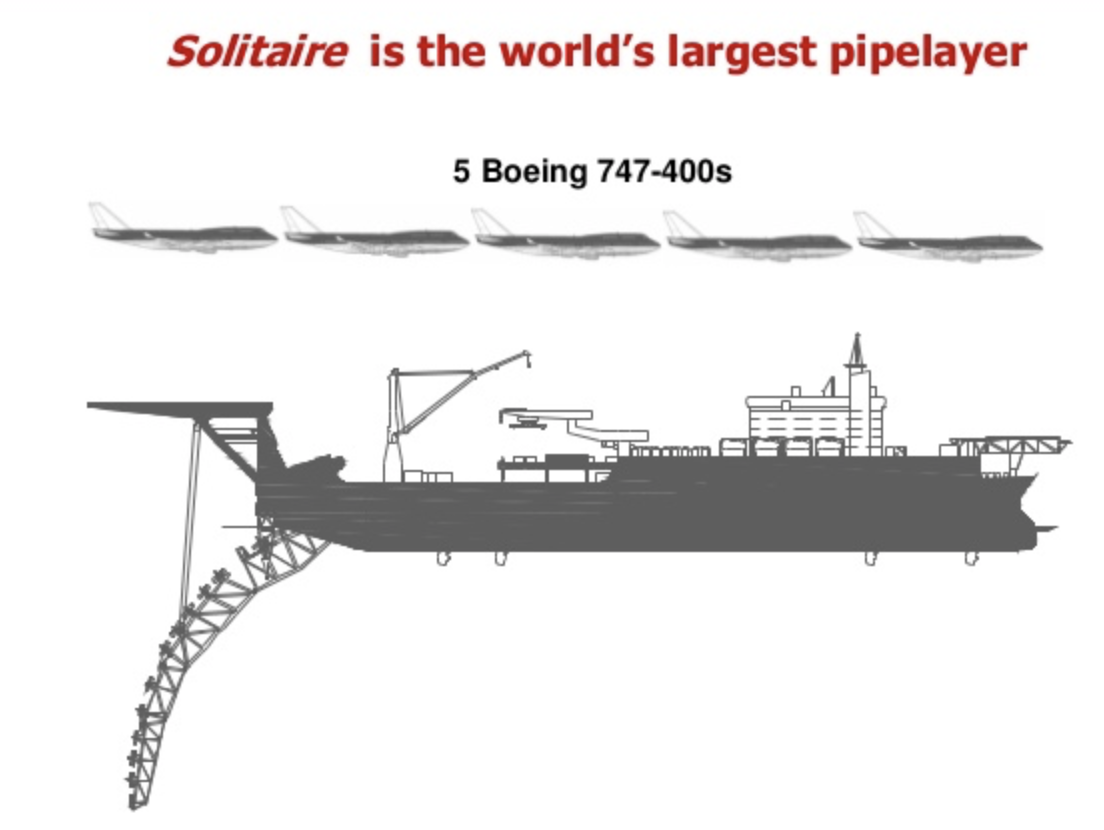 The Solitaire travels with a fleet of smaller vessels that ferry pipe, personnel, and supplies to and from shore.  As our helicopter approached, new pipe was being loaded onto the Solitaire’s deck from a support vessel.

The helipad is perched on the front of the Solitaire, and notwithstanding gusty 35-mph winds, the pilot made the landing look easy.

Our tour commenced with the living quarters for Solitaire’s approximately 500-member crew, which included a cafeteria, hospital, and basketball court.  Then we made our way to Solitaire’s bridge, which offered panoramic views over the vessel.

Views from the Bridge

The walls of the bridge were lined with video monitors showing locations throughout the Solitaire, as well as underwater views of the descending pipeline.  The underwater cameras regularly captured schools of large fish swimming by.

Next on the tour was the rear deck, where stacks of newly loaded concrete-coated pipe were awaiting assembly.

Subsea pipes are coated in concrete to provide enhanced stability. The below figure (from ShawCor) illustrates how concrete coating is applied to the underlying steel: 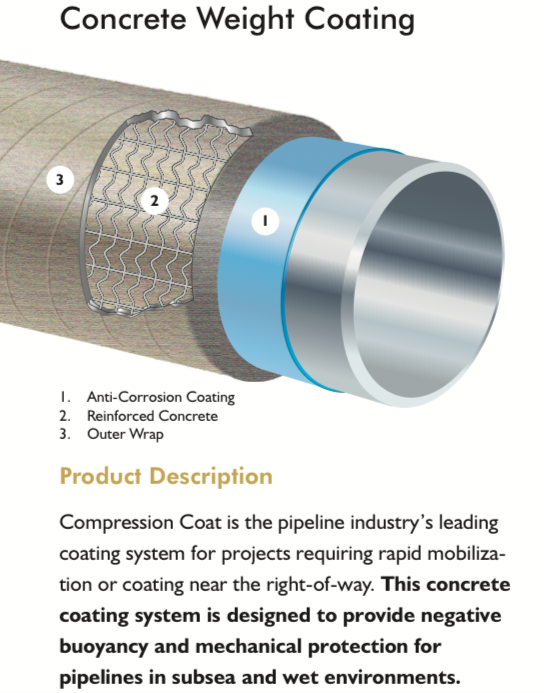 The pipe is fed from the deck into the firing line, where pipe edges are bevelled in preparation for welding. Crews of welders working at different stations then simultaneously connect several pieces of pipe together.  The firing line is very hot, and personnel wear air conditioned suits to keep them cool in the demanding environment.

Once the new pipe segments are connected, the Solitaire moves forward, allowing the new section to gradually exit the vessel and descend to the seafloor.  This pipeline lay technique is called the S-lay.

The “S” refers to the shape the pipe forms between the vessel and the seabed as it is laid.  In the S-lay method, single lengths of steel pipe (joints) are welded, inspected and coated in a horizontal working plane (firing line) on board a pipelay vessel. As the vessel moves forward, the pipe gradually exits the firing line, curving downward through the water until it reaches the touchdown point on the seabed. As more pipe is paid out – under its own weight  it assumes the “S”‑shaped curve.  The curvature of the upper section of the pipeline (the overbend) is controlled by a stinger, a steel structure with rollers protruding from the end of the firing line to prevent buckling of the pipe . The curvature in the lower section of the pipeline (the sagbend) is controlled by pipe tensioners, caterpillar tracks that grip the pipe. The amount of tension is one of the most important factors in the capabilities of an S-lay vessel.  Allseas Web Page.

The S-lay is illustrated below: 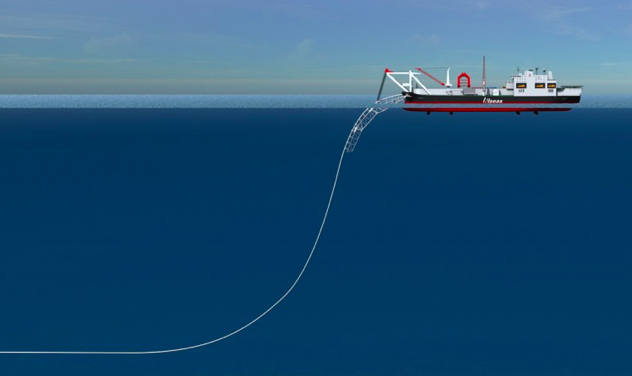 Below was my view as the pipe exited the Solitaire.

When I first arrived at Vinson & Elkins and started working on global energy projects, I was fascinated by the industry’s extraordinary engineering and technology.  I still am.  Every new project presents the opportunity to learn something new. I remind my students at Rice and Chicago that success in the energy industry often requires being a polymath. One has to develop an understanding of many different fields.  After all, how can you effectively negotiate a pipeline contract if you don’t understand how a pipeline works?