Does Your Negotiating Style Resemble a Fox or Hedgehog? [Gaille Energy Blog Issue 65]

Does Your Negotiating Style Resemble a Fox or Hedgehog? [Gaille Energy Blog Issue 65]

“The fox knows many things, but the hedgehog knows one big thing.” – Archilochus of Paros, 7th Century, B.C.

Courses at Yale, Oxford, and the United States Naval War College have used the aphorism of the fox versus the hedgehog to help leaders and negotiators understand various approaches to strategy:

The hedgehog has a “sense of direction” and the fox has a “sensitivity to surroundings,” explains John Lewis Gaddis in On Grand Strategy.

American negotiation styles tend toward the hedgehog.  We often want to cut to the chase, save time, and get to our bottom line.  As a young lawyer, I moved to the Middle East to negotiate deals for Occidental Petroleum.  My mentor broke me out of my hedgehog tendencies in the carpet souks of Oman and the Emirates.  There, I learned the slow dance of bringing the shop owner to his best price over many hours of tea drinking while comparing the quality of various carpets.  The more valuable the carpet, the more time it took to consummate the deal.  My best outcomes were the product of three or four afternoons, spread out over several weeks.

Assume that both a carpet seller and an American buyer have the same bottom line price of $7,000.  The seller is unwilling to accept less, and the buyer is unwilling to pay more.  If the seller opens the negotiation at $10,000, and the American then counters with a “best and final” offer of $7,000, what will happen?  The souk owner will reject the $7,000 and counter with, say, $9,000.  The seller does not find the American’s claim of a “best and final” offer to be a credible one because they have not yet fully discussed the details—where and by whom the carpet was made, the quality of its silk, the number of threads per square inch, and its age.  The seller believes that he will be able to move the buyer from her $7,000 position by delving into the details.  But the American responds, “I told you that $7,000 is my final offer.”  The seller becomes frustrated and disappointed.  He assumed he would do better than $7,000—now, $7,000 is not good enough for him.

I’ve seen the same thing happen in energy negotiations.  Someone tries to accelerate the process with a big move—the so-called “best and final” offer.  Then the offer is rejected and countered.  Even though the “best and final” offer might have been accepted later in the negotiation process, it came too early.  The recipient thinks it can do better.  As such, negotiators need to be sensitive to the timing of their proposals.  The probability of acceptance depends not only on what the proposal is, but when and how it is made.

Another example is the art of suggestion.  Japanese negotiators are masters of leading from behind.  There’s even a word for it: ringiseido.  I spent several months in Tokyo and Kyoto negotiating a series of transactions with a Japanese trading house.  My colleagues there taught me how to suggest proposals privately, allowing them to become the other’s “idea.”  If a hedgehog directly demands a concession in the midst of a Japanese negotiation, it’s less likely to be adopted.  The counter-party could lose face (mentsu).  Instead, the fox indirectly causes the counter-party to become the proponent of the fox’s compromise—so the counter-party gains face (kao o tateru).

The best negotiators are able to blend the resolve of the hedgehog with the adaptability of the fox.  In my courses at U. Chicago and Rice, I teach my students that negotiation expertise is a product of:

The below quote from the movie Lincoln describes how President Lincoln combined styles to accomplish his goals:

“[A] compass . . . [will] point you true north from where you’re standing, but it’s got no advice about the swamps and deserts and chasms that you’ll encounter along the way.  If in pursuit of your destination, you plunge ahead, heedless of obstacles [like a hedgehog], and achieve nothing more than to sink in a swamp . . . , [then] what’s the use of knowing true north?”

To read more about fox and hedgehog strategies, John Lewis Gaddis’ book On Grand Strategy tracks their evolution across history, starting with the Persian invasion of Greece in 480 B.C. 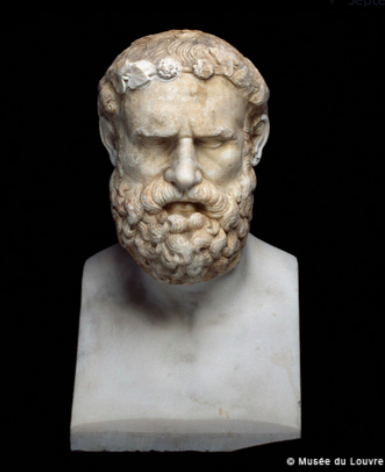