The rivalry between V&E and BB started in the 1870s—in the small East Texas town of Huntsville.  A young couple moved next door to the forty-something Bakers.  The Bakers’ new neighbors were Walker County Sheriff Elkins and his young wife, Sallie.  The couple would eventually become the parents of James Anderson Elkins—the founder of Vinson & Elkins.

Something happened between the Bakers and the Elkins.  It culminated in a public confrontation between Mrs. Baker and 20-year-old Sallie.  The women hurdled a dead chicken back and forth over their fence until all of its feathers fell out.  While the war of the chicken lives on in Huntsville lore, its origin remains a mystery.  Whatever transpired may have led to the founding of Baker Botts; not long after the incident, then-50-year-old James Baker moved his family to Houston, where he joined the law firm that would become Baker Botts (in 1872). 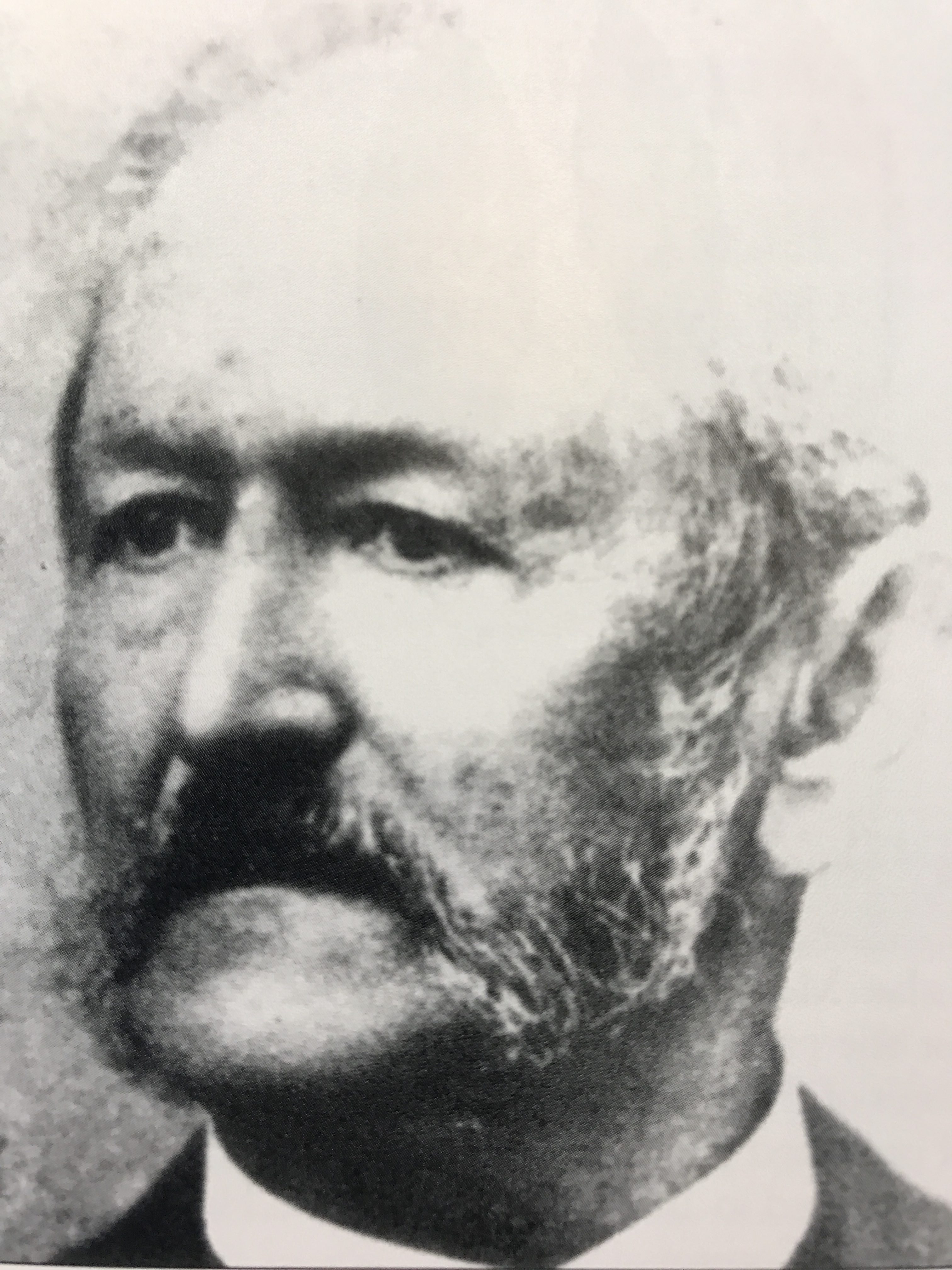 Back in Huntsville, Mrs. Elkins gave birth to James in 1879.  Sheriff Elkins never lived long enough to know his son.  He was shot dead in 1880, leaving 29-year-old Sallie to raise James and his sister on her own.  Life was hard after that, but by all accounts, the adversity shaped James into a formidable young man.  He went to law school at the University of Texas and went on to serve as Huntsville City Attorney, Walker County Attorney, and Walker County Judge.

Judge Elkins was almost 40 when he followed the Bakers to Houston, co-founding Vinson & Elkins in 1917 (pictured below in 1919). 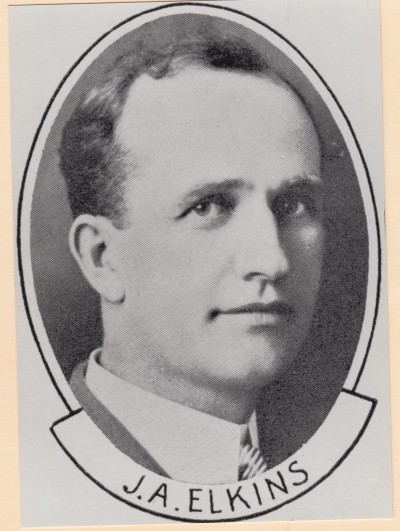 At that time, there were only two law firms with more than five lawyers in Houston.  One of those was Baker & Botts, which “until the late 1920s . . . held a virtual monopoly on the city’s desirable law business” (Texas Monthly, Nov. 1973).  B&B was now run by James Baker the Elder’s son, Captain James Baker. 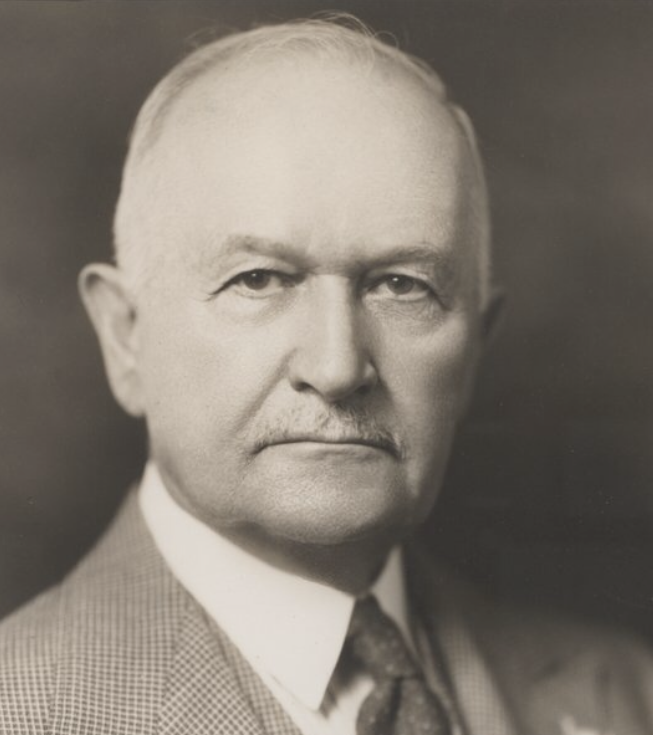 There is something remote . . . foreign . . . even Yankee. . . about Baker & Botts . . . . From its earliest days it has been the East Coast’s team in southeast Texas, representing Northern brokerage houses, utilities, lumber companies and other absentee landlords, and railroads. From the 1870s to the 1930s, when the Southwest was just another province in an economic system that was centralized in the East, these interests required trustworthy lawyers to cultivate their Texas gardens, and they found them. Baker & Botts grew with its clients. . . . None of the other Houston firms has anything like this sort of tradition. It sustains the B&B lawyer in his serene detachment, a detachment that in turn goads other lawyers to mutter sourly of, ‘the Baker-Botts halo’ and dream of puncturing the self-righteous aura that surrounds the firm. . . . .Lawyers at Vinson Elkins and Fulbright . . . are equally convinced of the superiority of their own firms, but they do not express their feelings with the same self-assured air of patrician certainty as the B&B man does. He seems satisfied to believe that his soul remains in Wall Street, Greenwich, Westchester, or Cape Cod, while his body has been temporarily assigned to these steamy Gulf Coast marshes in furtherance of the Deity’s inscrutable barristerial design.

Vinson Elkins, unlike Baker & Botts, built its strength on local business. In the 1930s it was a “four-client firm”: the Great Southern Life Insurance Company, Moody-Seagraves, the production end of United Gas Corporation, and Pure Oil Corporation. All but the last were headquartered in Houston. Judge Elkins saw another resource, however, and exploited it brilliantly. The local independent oil men had never catered to Baker & Botts; they always thought it was too close to the big oil companies and Eastern finance. The Judge, wearing his banker’s hat as president of First National, gave them loans; VE in turn did their legal work. The firm prospered by carrying them on the cuff while they drilled dry holes and collecting when they finally hit. This neat little arrangement catapulted VE into the big time.

It was Elkins’ judgment that catapulted V&E into the upper echelon: “‘There wasn’t a man alive who could dominate anything Judge Elkins was in, except Judge Elkins’” (Texas Monthly, Nov. 1973). 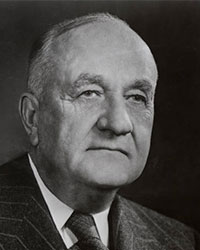 As Texas Monthly explained shortly after his death:

He made all the decisions at both institutions for practically half a century, never bothering to get anyone else’s approval. Lawyers work on Saturdays, he said, and a hundred VE attorneys attired in coat and tie duly trooped to their desks each Saturday morning until 1969, almost a decade after the other firms had made such appearances optional.  Lawyers wear hats, he said, and hats were worn. It is conceivable that by the mid-sixties, half the hats sold in Houston were purchased by Vinson Elkins lawyers. A young Kennedyesque associate, new to the firm, vowed he would be damned if he would wear a hat. One day as he was leaving, he chanced to encounter Judge Elkins in the elevator. Granitic stares. Uncomfortable silence. Finally: “Young man, I see that you do not have a hat.” Came the abashed and craven answer: “Sir, I did have a hat, but somebody stole it, and I’m on my way out right now to buy another one.”

When I practiced law at V&E in the 1990s, the two firms still exhibited different cultures.  V&E was a collection of fiercely independent, larger-than-life personalities—while B&B partners evoked a certain patrician uniformity.  My friends who worked at B&B used the adjective “Bottsian” to describe a certain aloofness and manner.  The more Bottsian a young lawyer was, the better were his or her chances of making partner.

No doubt that both James Baker the Elder and Judge Elkins would be proud to see where their firms are today.  V&E continues to be the largest law firm in Houston, with 284 lawyers to BB’s 217, and both firms’ profits per partner exceeded $2 million in 2016.

Would the two firms be here today if something hadn’t happened between a Baker and an Elkins in 1872?