What Is an Outside General Counsel? [Gaille Energy Blog Issue 47]

What Is an Outside General Counsel? [Gaille Energy Blog Issue 47]

Outside general counsel are outside attorneys (who work for law firms) but take on responsibilities similar to those of in-house lawyers (who are the client’s employees).  Some may have served as the chief legal officers of NASDAQ or NYSE corporations but have since moved back to a law firm—often following the merger, acquisition, or dissolution of their former employers.  In such cases, their board room experience makes them commercially savvy in topics such as corporate governance (and politics), strategy, finance, accounting, risk management, compliance, and ethics.

Examples of outside general counsel roles include: 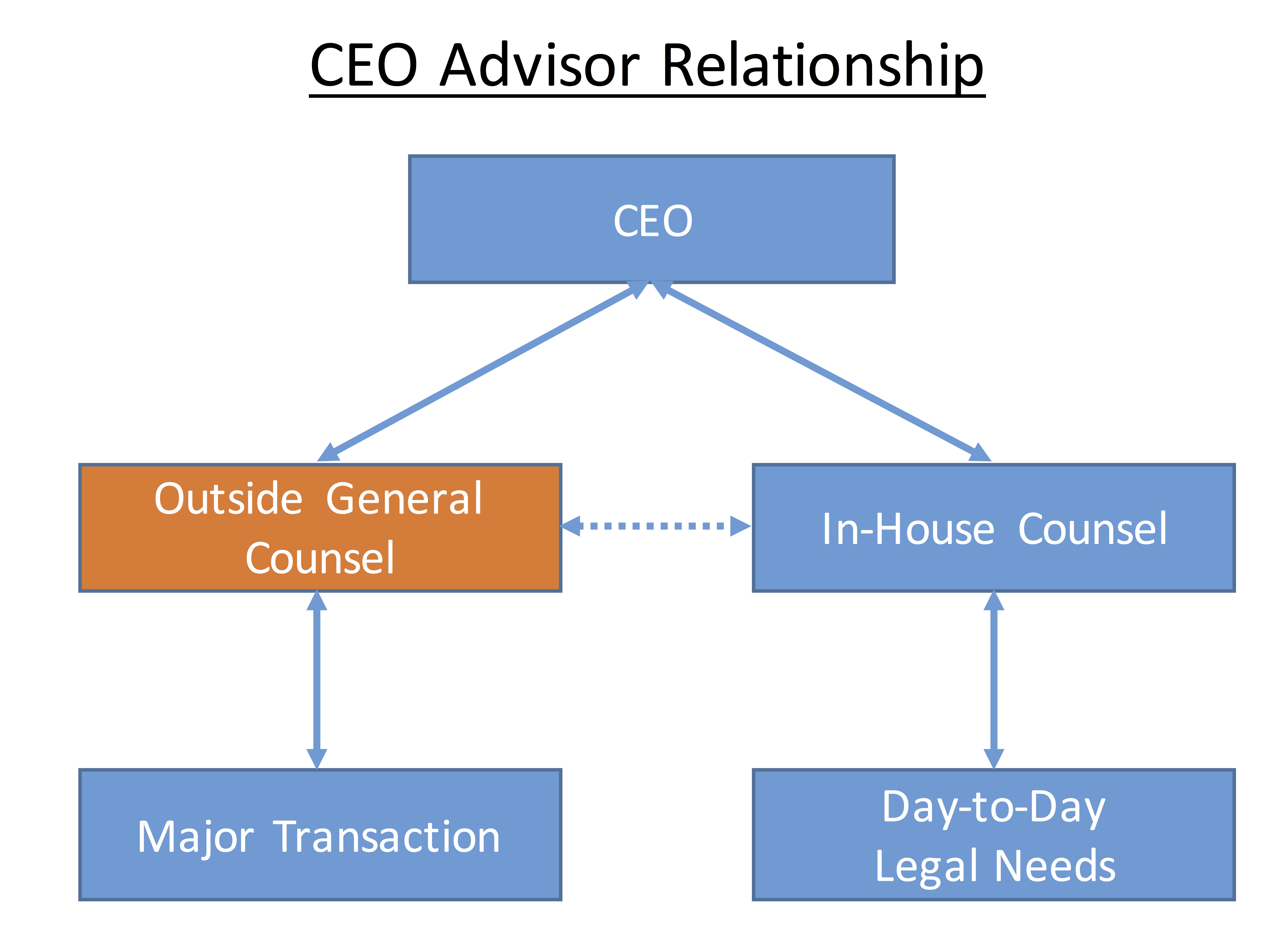 While serving on The University of Chicago Law School’s Visiting Committee, I had the opportunity to discuss careers with many successful alumni.  Those graduating in the 1980s or earlier tended to have one-track paths, working either for law firms or for corporations (almost) all of their lives.  Those of us graduating in the 1990s onward have moved back and forth among in-house positions (including both legal and commercial roles), law firms, and government service.  What has emerged is a group of highly flexible lawyers, who can more easily and effectively serve clients in the capacity of outside general counsel.  As Forbes recently observed, “This is the golden age of the legal entrepreneur, a time when, to quote T.S. Eliot, clients are ‘no longer at ease in the old dispensation.’”