Last week’s issue on Shale vs. Deepwater Returns [Issue 61] featured the below figure from Hess Corporation: 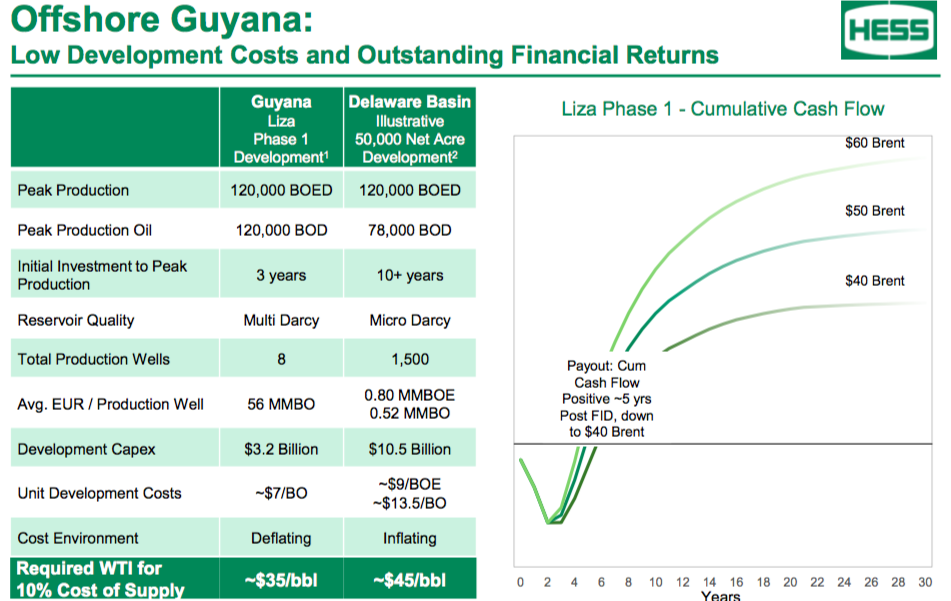 Several readers questioned to what extent the figure’s economics reflected different risks, including the chance of success (during exploration) and political risk.  This week’s issue elaborates on such risks based on my own experiences.  At Oxy and several private equity-backed companies, I worked on deepwater projects in Africa and South America—including ventures with ExxonMobil, Chevron, Shell, and BHP Billiton—and as the General Counsel of a shale developer, I participated in several Eagle Ford shale joint ventures—including with EOG and Hess.  This gives me some perspective on the principal risks of deepwater versus shale opportunities.

(1) Exploration Risk.  Deepwater wells can cost more than $100 million each, but the chance of commercial success may only be 1-in-5, or less.  The key to managing exploration risk is portfolio economics—participating in enough wells that the odds should pay off.  For example, by drilling ten wells (each 1-in-5 chance of success), the probability of at least one successful well improves from 20% to ~90%.  My exploration models at Oxy and elsewhere assumed sunk costs of several dry holes in the early years, and the economics of the assumed successful ones had to be robust enough to absorb those early losses.  Practically speaking, this meant that each and every prospect being drilled had to be large enough that it could carry the costs of several failed wells and still achieve the investor’s return thresholds.  The below slide from Kosmos’ investor deck shows varying rates of commercial success in frontier plays (from 0% to about 33%) for companies such as Anadarko, BP, ExxonMobil, Petrobras, Repsol, Shell, Statoil, Total, and Tullow: 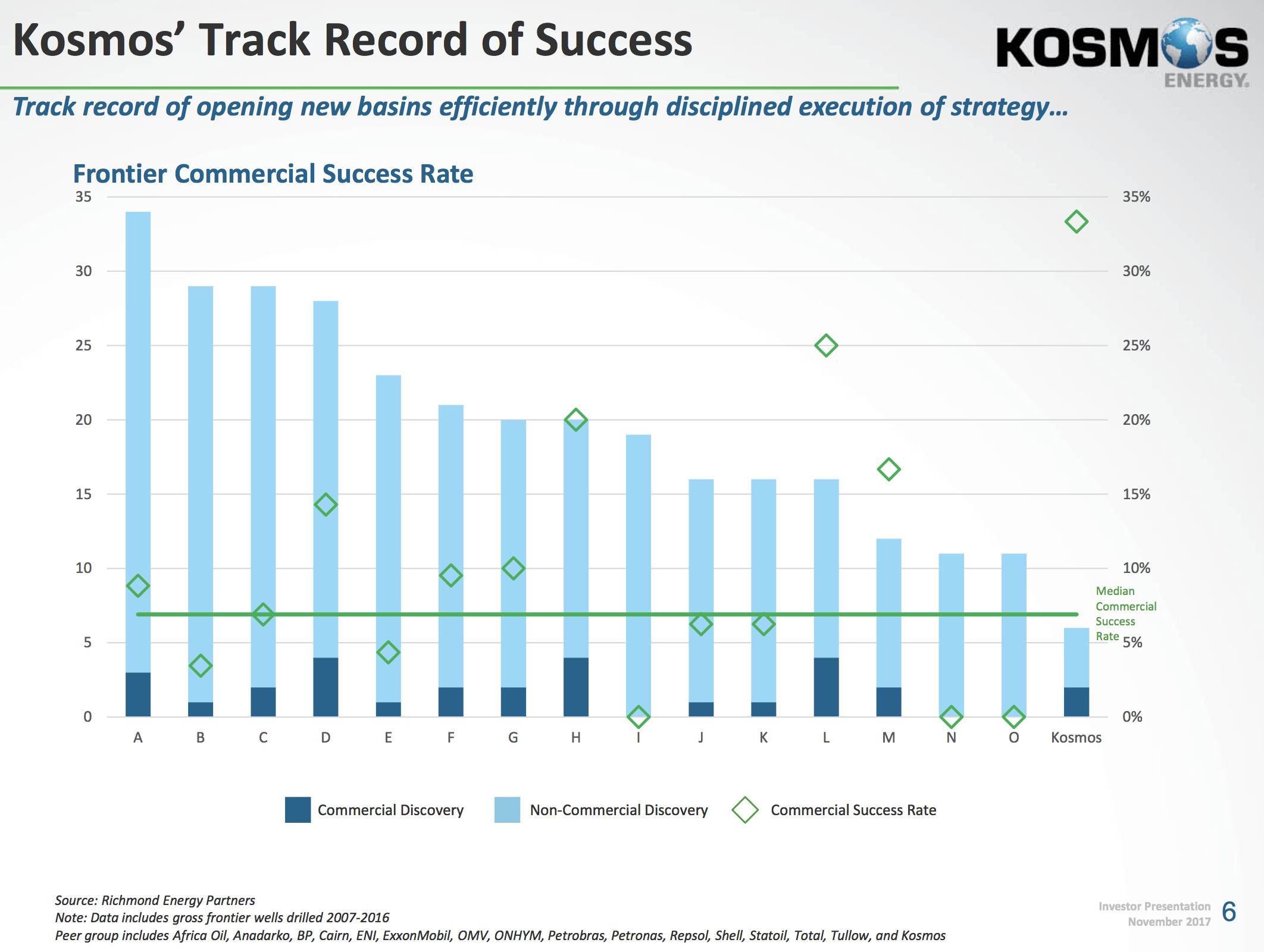 American shale exploration is less risky because the wells are cheaper and the results less binary.  Shale exploration wells typically cost 5-15% of deepwater wells, mitigating losses.  Even a bad shale well usually produces some hydrocarbons, and that oil and gas can readily be sold on the American market.  In contrast, a marginal discovery in deepwater is no better than a dry hole because the capital required to produce it would exceed the value of its production.  Thus, shale investors can be confident that they will at least get some of their money back.

Even so, greenfield shale developments are still exploration.  Just because one method of hydraulic fracturing worked in one part of the Eagle Ford does not mean it will work a few miles away.  What I witnessed in new Eagle Ford developments was a process of trial-and-error.  The operator might drill a vertical well and test the same completion technique at different depths, trying to identify the most productive location to land horizontal wells.  Or a horizontal well might receive three different types of hydraulic fracturing (one in the toe, one in the middle, and one in the heel of the lateral), with each being flowed back independently.

The characteristics of the shale encountered in a well also are compared against a growing database of thousands of samples extracted from other shale wells.  This enables the operator (by analogy) to deploy those completion techniques most likely to be successful—and avoid those that previously yielded poor results in similar shale.  Thus, operators can reduce shale exploration risk using a variety of approaches that are not available in deepwater wells.

(2) Production Profile Risk.  Another challenge of deepwater exploration is the lag time between the drilling of a discovery well and the time when first production is achieved.  The below figure from Kosmos shows how deepwater oil averages 8 years to first production: 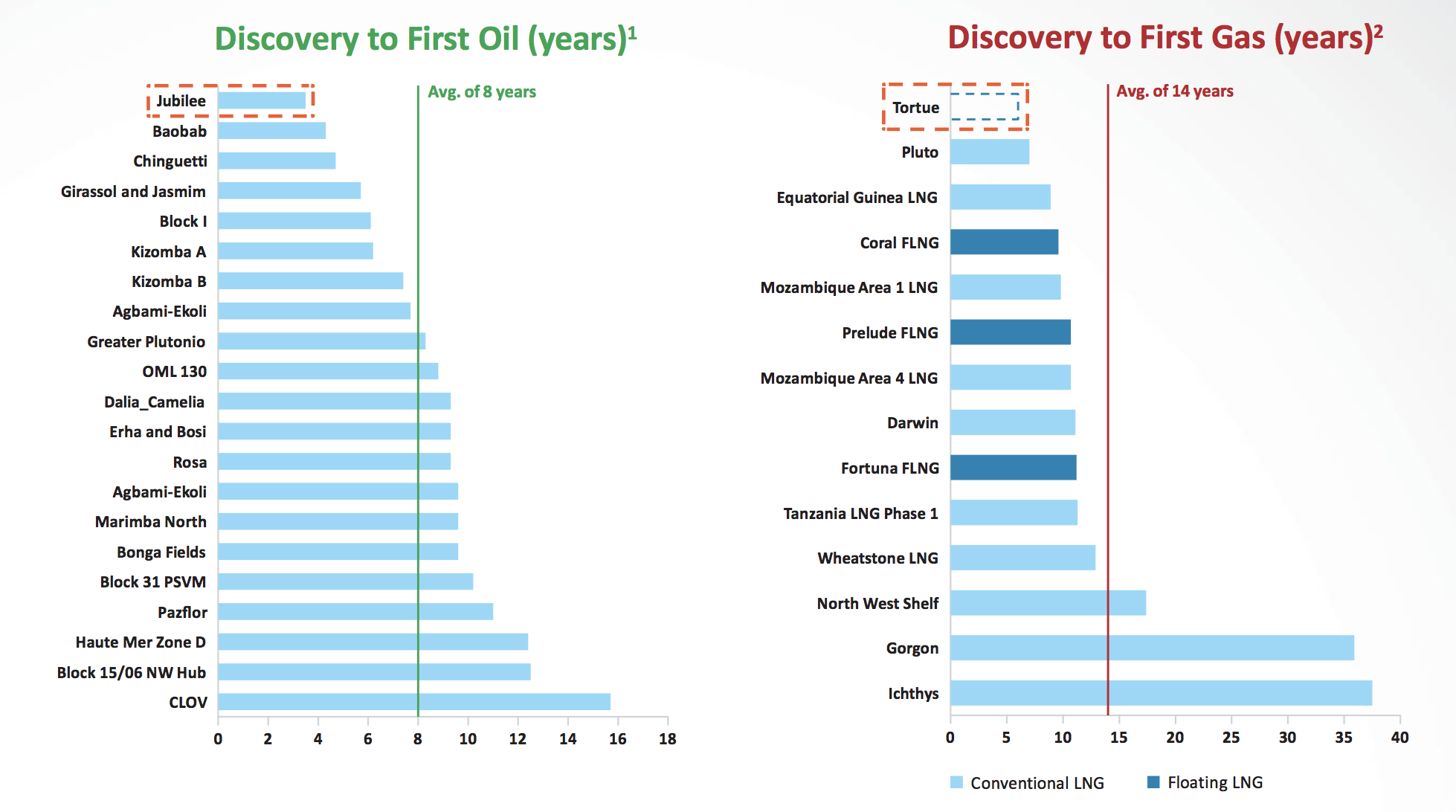 In contrast, shale wells (at least in the United States) can be brought to sales within a matter of weeks.  Shale developers also can optimize the timing of future wells, drilling in periods of high prices, and pausing when prices drop.  The Hess figure below illustrates how companies can time certain wells based on oil price: 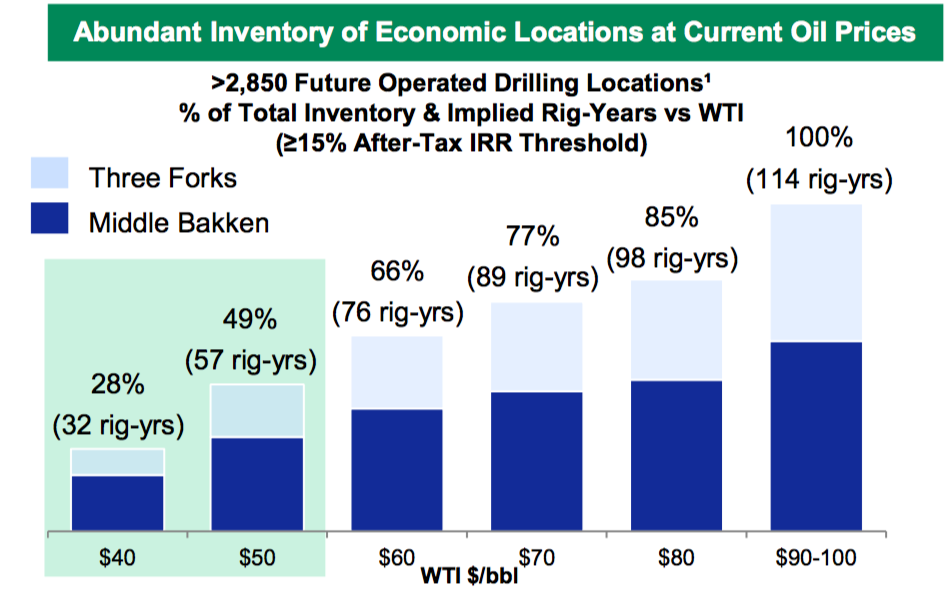 Deepwater projects (subject to some opportunities for phasing) tend to come online all at once and continue to produce over decades—irrespective of price environment.

(3) Concentration/Magnitude Risk.   A deepwater development relies on a few wells (the Hess Guyana development has eight)—whereas a comparable shale development has hundreds.  This creates a concentration risk with deepwater wells.  When one well has an issue, the economic consequences are much higher in deepwater than in shale.  Deepwater wells also can be more challenging to control when something goes wrong, and the human and environmental toll can be much greater.

(4) Political Risk.  Energy companies also worry about political risk—typically that a government will do something to impair the value of their assets.  Deepwater exploration often takes place in the developing world, where government institutions may be unstable and vulnerable to conflict.  Nonetheless, the perception of political risk for deepwater may be greater than the reality.  Even if the government changes, the new administration may be dependent on the international oil companies to operate the offshore facility and keep the revenues flowing to its treasury.  Deepwater platforms also are usually far from the shoreline.  Militants are less likely to sail 60 or more miles into the ocean searching for a deepwater platform when there are plenty of softer targets on land.

Shale developments, even in the United States, actually may be more vulnerable to political risk.  Shale imposes considerable inconveniences on local populations, with upwards of 100 trucks per hour descending on a single well location.  Drilling density is high, which can fundamentally change the rural landscape and lead to not-in-my-backyard opposition from local residents. 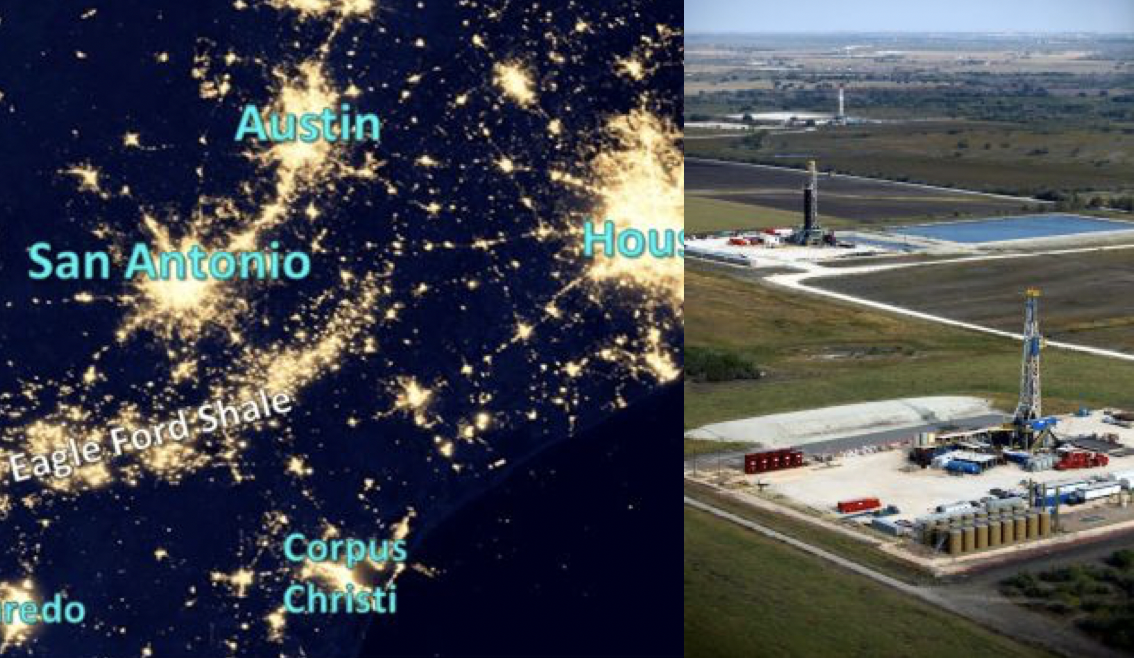 Environmental activists have targeted shale, most notoriously with the movie Gasland, which showed natural gas leaking into residents’ tap water. 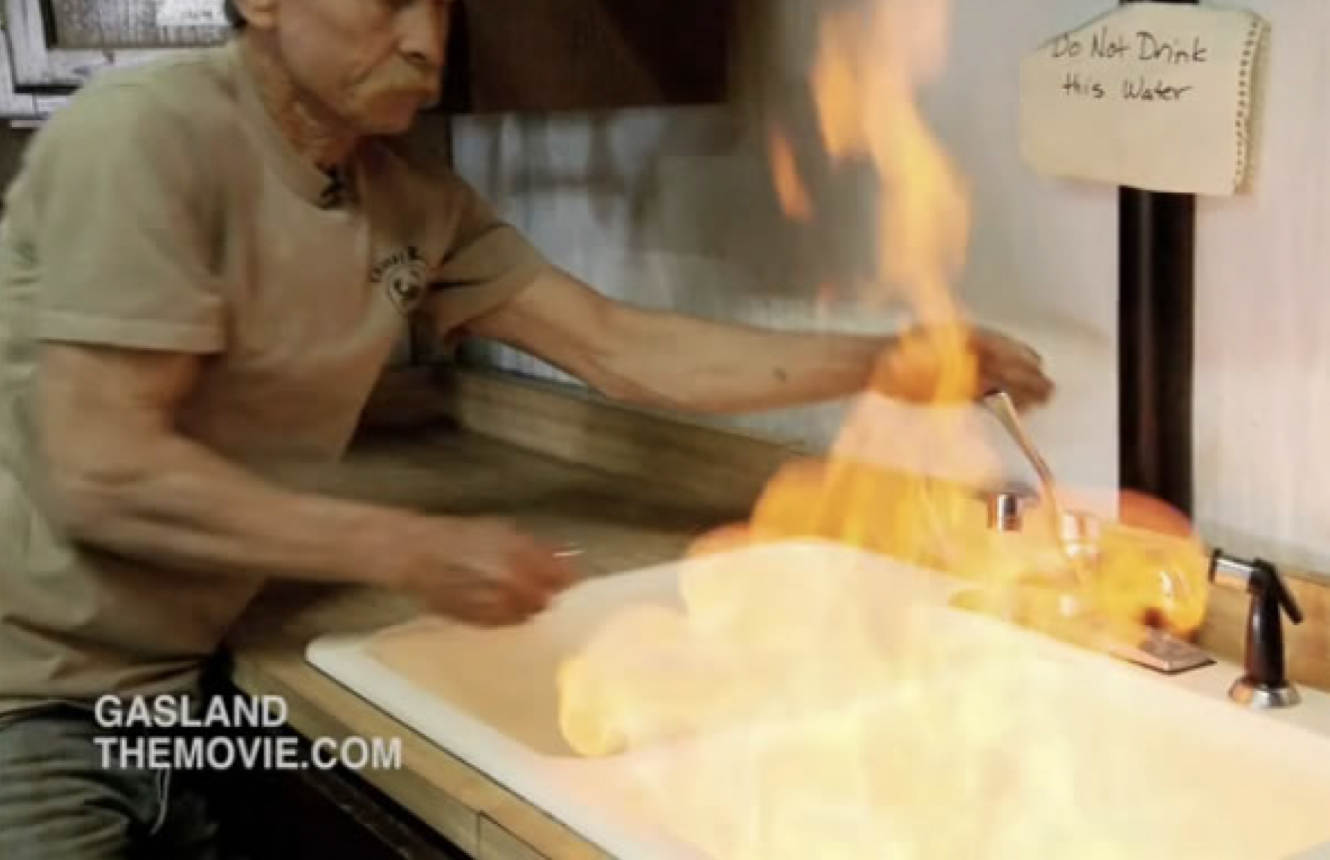 Such issues have led states such as New York and nations such as France to ban shale development altogether.

Political risk can be tough to predict, though.  Venezuela was the pillar of stability and prosperity in South America before Hugo Chavez took power.  In the United States, oil and gas production is regulated mostly at the state level—thus, political risk varies according to which political party controls which states.  Republican or “red” states tend to support the oil and gas industry while Democratic or “blue” states can be hostile (e.g. the 2016 Democratic Party Platform states: “We believe America must be running entirely on clean energy by mid-century”).  Texas seems to be among the lowest risk states, but even it has been trending blue over the last two decades (particularly in its largest cities): 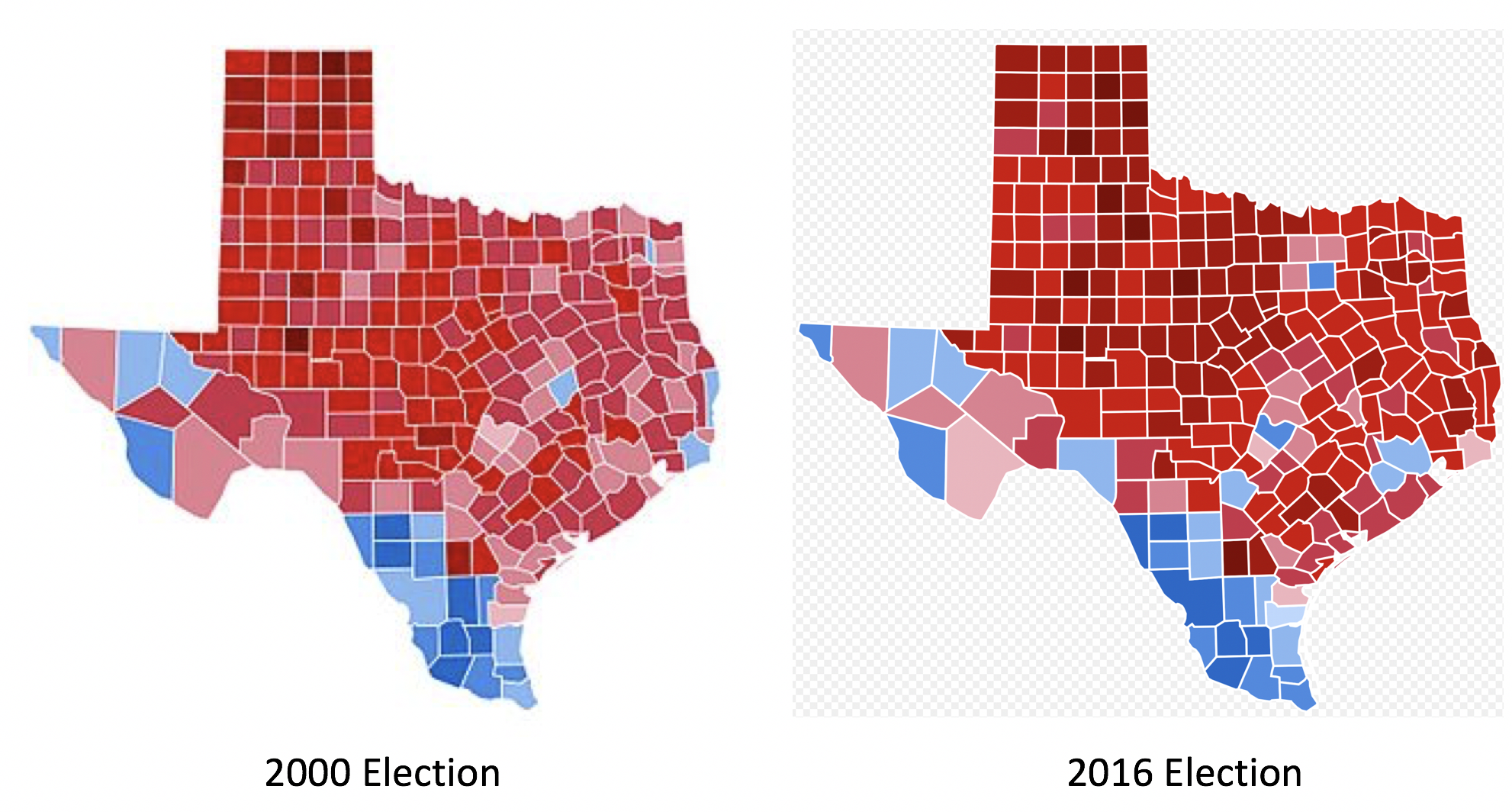 While deepwater and shale have different risk profiles, it’s hard to generalize and conclude that one or the other is less risky.  Many risks are project-specific or site-dependent.  What are the exploration risks for a particular set of wells?  Where is the project located?  As Mark Twain once quipped:

All generalizations are false, including this one!