Change Order.  While a Change Directive is immediately effective and binding without the Contractor’s approval, a “Change Order” is agreed upon, and signed by, both the Sponsor and the Contractor. In this respect, a Change Order is effectively an amendment to the work-related exhibits. Change Orders can serve a variety of purposes:

Once a Change Order is executed, its terms and conditions take precedence and control over any prior Change Directive. Change Orders also serve to establish finality; once a Contractor has executed a Change Order, it may not thereafter seek any price increase or schedule extension with respect to the content of that Change Order.

The below figure is an example of how construction agreements integrate the use of Change Directives, Change Responses, and Change Orders: 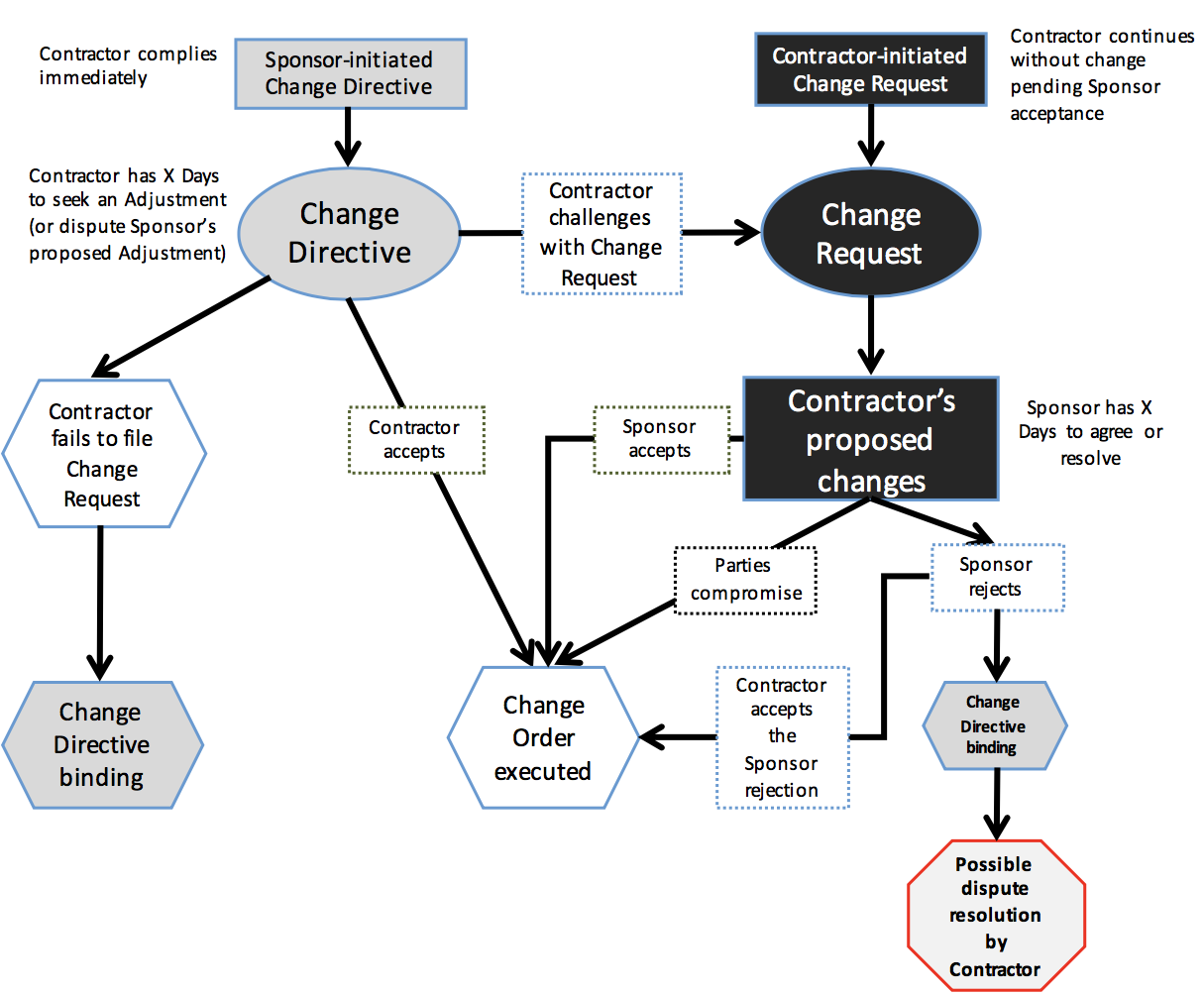 See Chapter 6 of my textbook Construction Energy Development for additional  discussion of the change process.