A decade ago I developed my first energy simulation for Rice University’s Graduate School of Business.  It was designed to teach international energy development using exploration blocks in the Republic of Angola.  My Angola simulation has evolved over the years, but remains a central component of my courses at Rice and The University of Chicago.  I also have taught the Angola simulation in corporate environments—from Chevron’s San Ramon headquarters to Marathon’s Equatorial Guinea office.  For young energy professionals, simulations are an effective tool for fusing theory with practice.

I currently run two simulations in my courses: (i) the Angola exploration bid round and (ii) shale joint ventures.  Each divides the class into ten teams.  I usually appoint the team “captains” who then commence a draft, with the captain picking the second team member, the second choosing the third, and so forth.  The same teams participate in both simulations:

Angola Exploration Simulation.  Teams are presented with budgets, auction rules, and summaries of ~15 petroleum licenses, including the number of drillable prospects, well cost, chance of discovering oil, and, in the event of a discovery, expected oil reserves. Students then develop their own basic economic models, which drive teams’ bidding strategies. The first session is devoted to a live, sealed-bid auction during which teams competitively bid on licenses in sequence.  The team with the highest bid wins each block, and there are enough blocks that every team secures at least one.  After the auction concludes, groups engage in negotiations to acquire and/or divest interests in licenses.  Some teams opt for concentrated positions (in one or two blocks) while others seek to create diversified portfolios of smaller interests from many blocks. Because the negotiation workshop is multilateral, uncooperative negotiators may be bypassed.  Finally, the simulation concludes with the rolling of dice to see which wells discover oil, thereby driving home the reality of risk.  The team that ends the simulation with the most net present value wins the game.  The Angola simulation thus teaches students: (i) how to participate in energy bid rounds (following auction rules and formulating bids); (ii) how to conduct multilateral negotiations (where there are many potential assets owned by many counterparties); and (iii) how to manage the inherent risks of the energy industry, as the luck of the dice roll propels some teams but frustrates others.

Shale Joint Venture Simulation.  Each team is provided with a card showing its scores for three different characteristics: (i) available capital; (ii) operating capability; and (iii) quality of shale asset base. Half of the teams are capital rich but lacking to some degree operating capability or shale assets.  The others are capital poor but stronger in the remaining two criteria.  The first session focuses on due diligence, with teams interviewing each other in search of suitable partners.  It’s followed by a multilateral negotiation focused on JV sharing ratios.  If two teams partner, how will they divide the proceeds?  Teams must consider both the sums of their characteristics and the sharing ratio in their JV decisions.  After partners are chosen, the resulting five JVs make board presentations justifying their combinations.  The simulation concludes with the JVs rolling dice to see how well each performed with respect to capital, operations, and asset base.  The shale JV simulation thus teaches students: (i) how to search for JV partners to fill and strengthen their own gaps; (ii) how to conduct multilateral negotiations (with multiple potential JV partners); and (iii) how to make a board presentation defending one’s decision.

Real-time feedback is an important element of my simulations.  Throughout the sessions, I comment on teams’ models, strategies, and negotiations, always seeking to reinforce the skills being taught.  I also infuse the games with stories of my own experiences.  What is it like to place nine-figure sealed bids into a glass box in Islamabad, Pakistan?  How do industry leaders like EOG Resources negotiate with smaller joint venture partners?  When properly designed and executed, simulations build confidence and better prepare energy professionals for industry success. 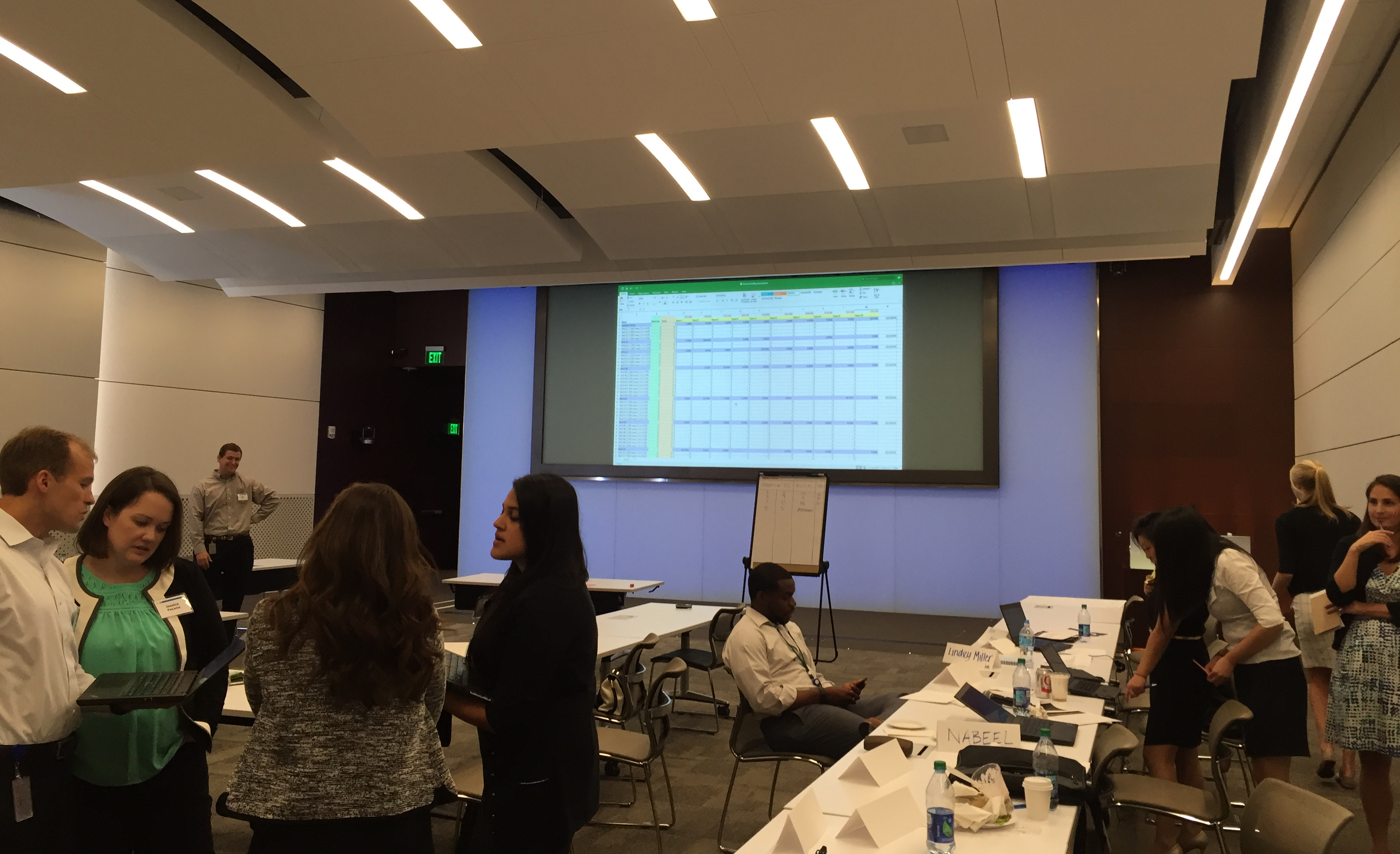