Before his nation discovered petroleum, its president idled the power plants whenever he traveled abroad.  The people were left in the dark, suffering from their leader’s absence.  A boy once asked about the blackouts, and the president’s retort—“This is my house, and I can turn off the lights if I want”—reveals the mindset of entrenched leaders.  Good luck influencing them.

Yet maybe they should be following the American example.  Our energy policies—based primarily on the private ownership of mineral rights—have resulted in prices that are among the lowest in the world: 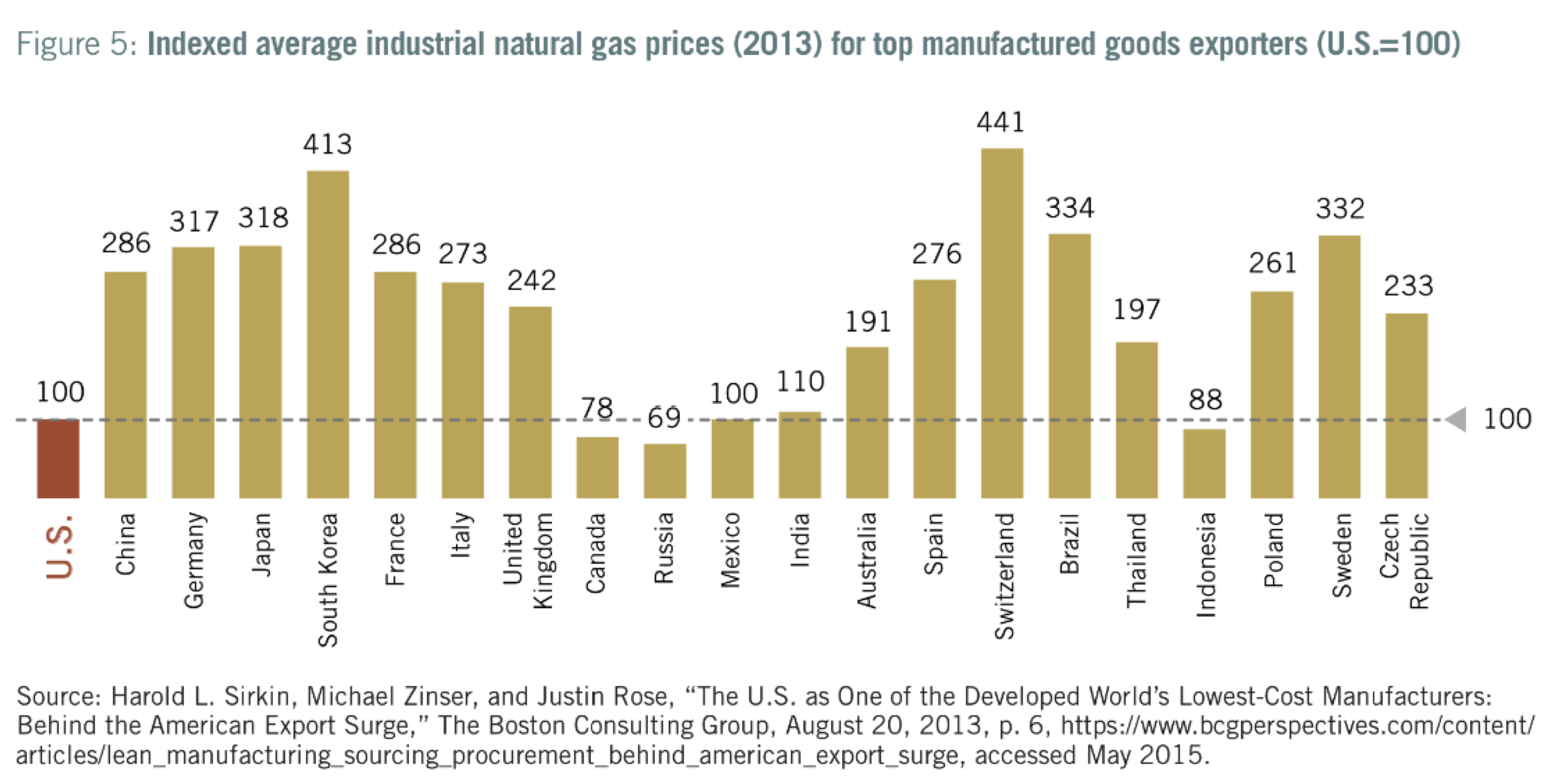 The impact of shale on American manufacturing has been particularly impressive: 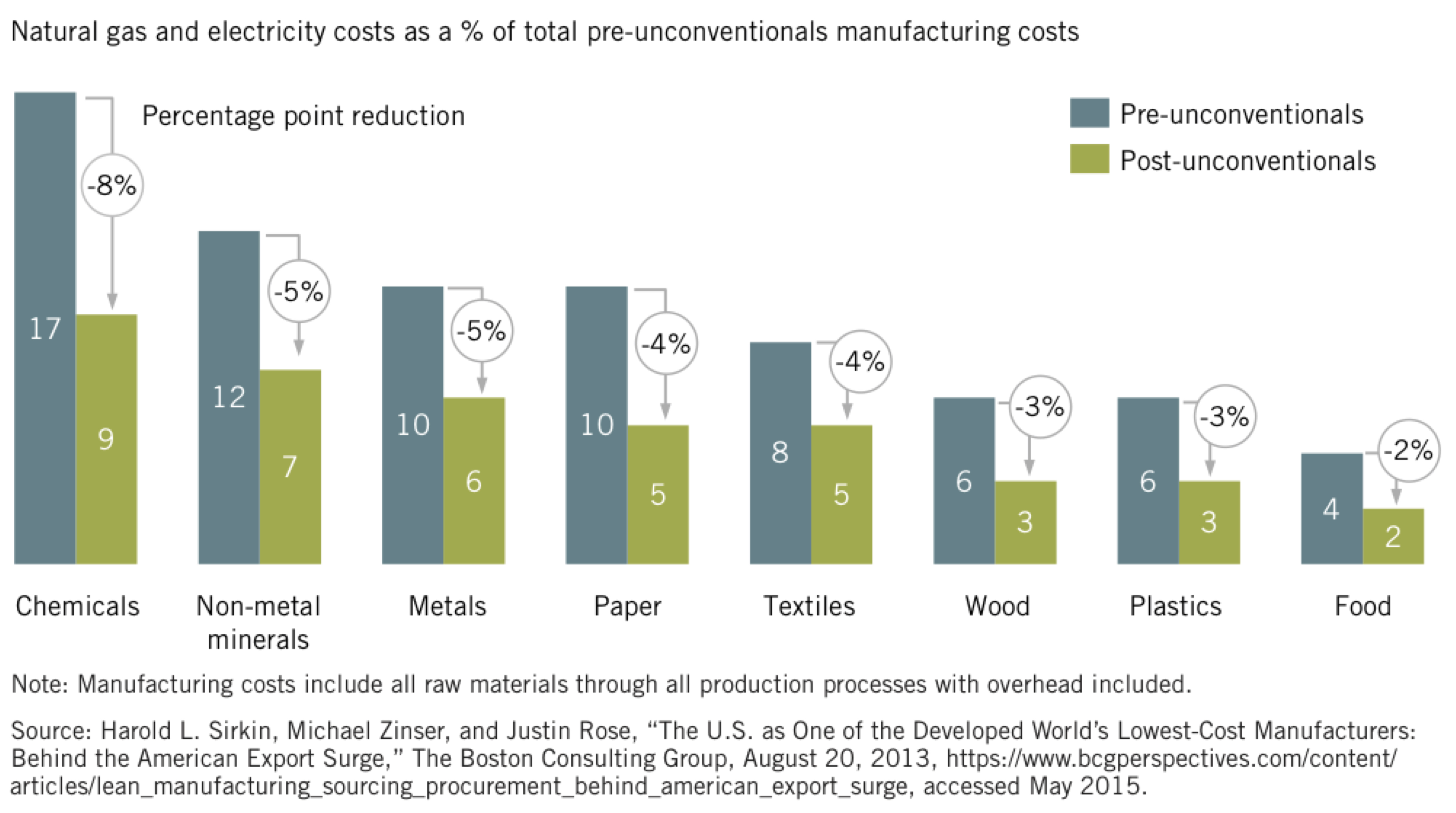 I’ve spent much of my career working with energy ministries in Asia, Africa, and South America.  Our leisurely dinners often lasted long into the tropical night.  Some of my best policy debates took place in nations most Americans would struggle to find on a map—places like Suriname and Guinea Bissau.  Certain understandings cannot be taught in Washington committee rooms.  They can only come from actually being there.

If foreign energy policy is to be effective, it needs to pursue five principles: 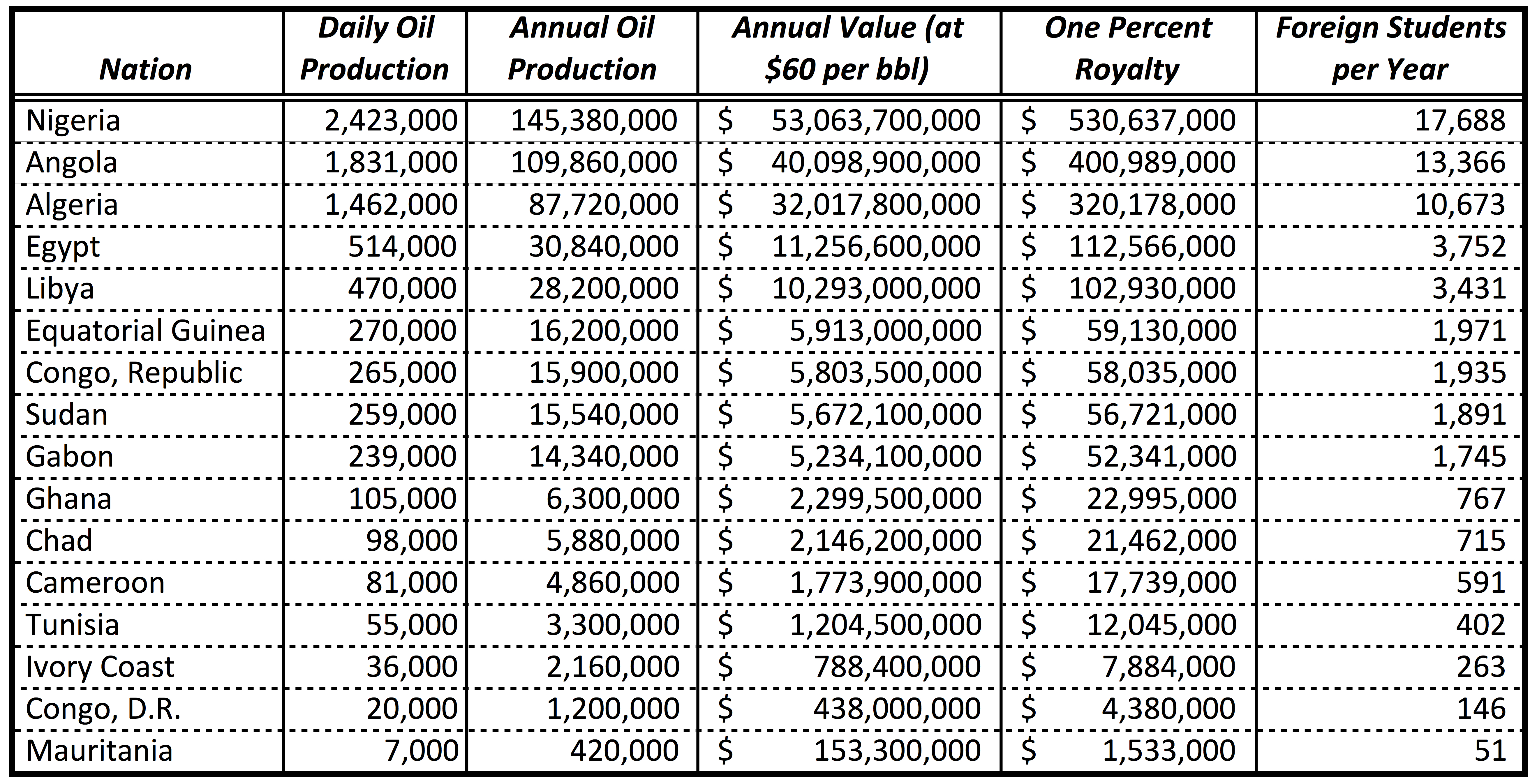 Nor does a 1% royalty require that anyone sacrifice their planes and palaces.  In fact, leaders should view such investments as longevity insurance.  The Internet enables everyone to compare their opportunities to people residing in other nations, thereby making already precarious regimes even more so.  It’s harder to get away with squandering national treasure than it used to be. 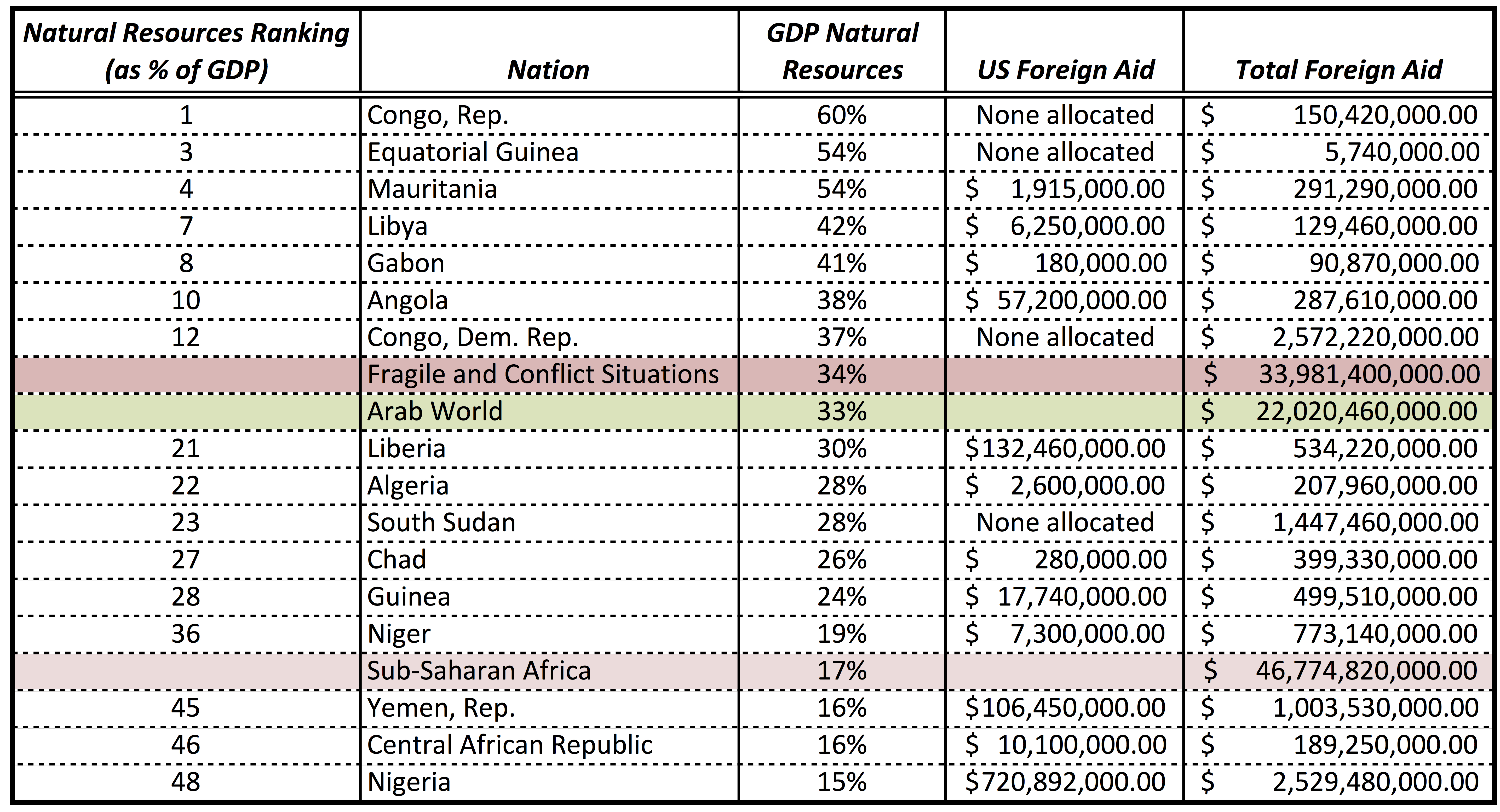 Foreign aid and mineral wealth also have something sinister in common.  Both fund the government without any accountability to its people.  In contrast, nations relying on taxation must be responsive—or else citizens will stop paying taxes.  The more a government relies on aid and minerals, the less accountable it is to the electorate.  Foreign aid should be redeployed in support of specific policies (or eliminated).

Taking all five elements together, the Department of Energy could work behind the scenes with an African nation to design a modest 1% royalty dedicated to entrepreneurial lending.  The royalty would start as a pilot program at a single oil field.  Local banks would offer loans to area residents, giving them a direct stake in the project’s production.  Foreign aid dollars would help establish and fund the program.  If it succeeds, the nation’s president would take credit in visits to impacted communities.

The purpose of my Reimagine Energy talks is to discuss ideas for improving policy that could be supported by both Democrats and Republicans.  Energy policy cannot be confined to the borders of any nation.  After all, the CO2 emissions of all countries end up in the same atmosphere.  It’s also not a coincidence that most of the world’s conflict zones sit atop natural resources.  These states are exporting refugees and terror along with their minerals.  American foreign policy is lacking a coherent energy component and Democrats and Republicans alike should start considering ways in which we can help other nations redeploy energy wealth to their advantage—and the world’s. 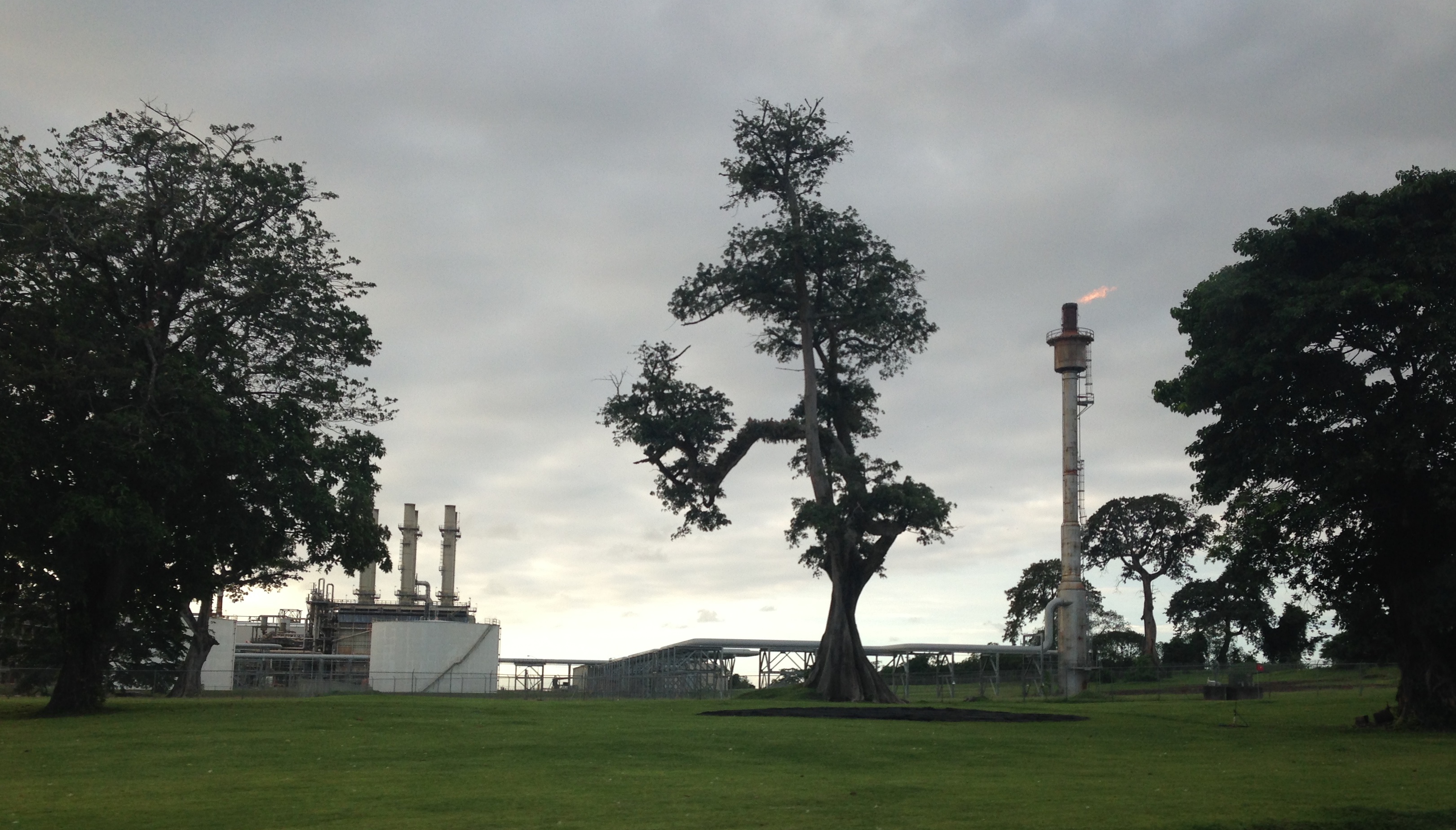