The platforms for both American political parties dedicate several pages to energy policy. This language was drafted by committees of party leaders, approved by the presidential candidates, and then adopted at their national conventions. In the table below, I have juxtaposed the words of the parties’ platforms for six energy policies: (1) climate change/energy sources; (2) carbon taxes; (3) energy subsidies; (4) hydraulic fracturing; (5) drilling on federal lands/waters; and (6) federal permits for fossil fuels infrastructure (pipelines, LNG, etc.). It represents the best (current) expression of the energy policies we can expect from either a Clinton or Trump administration. 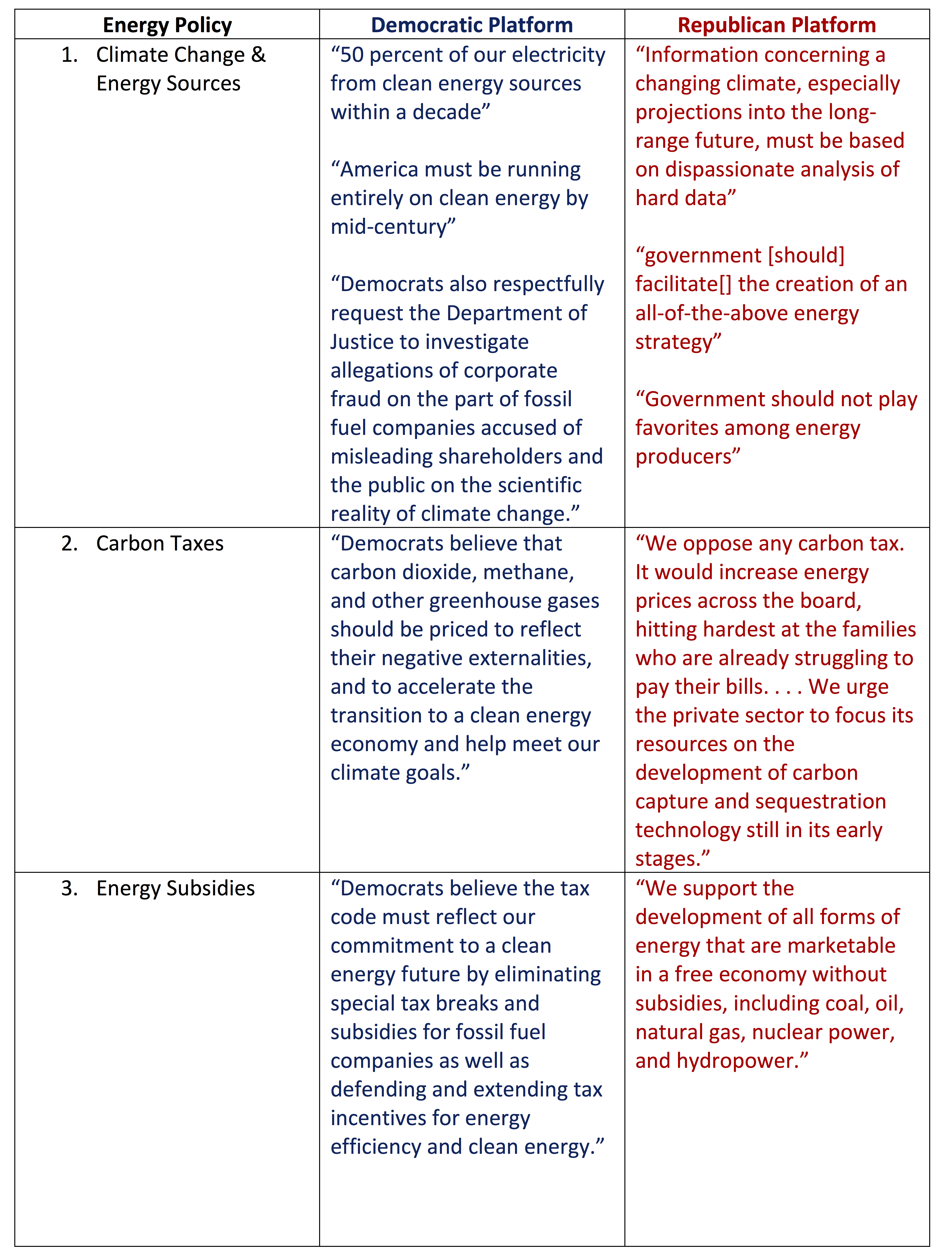 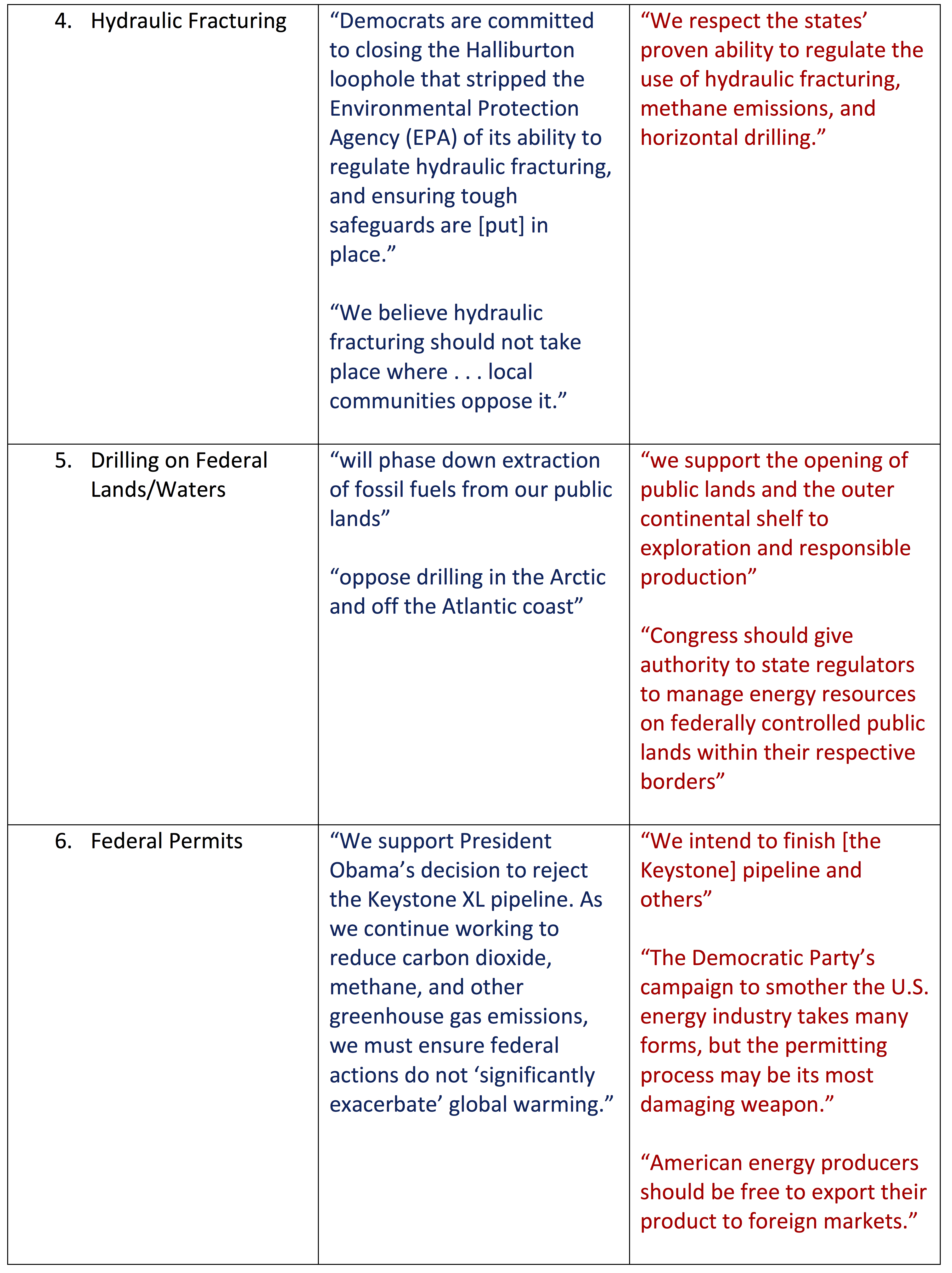 Each party’s platform generally reflects its view of climate change. The Democrats’ prioritization of climate results in a cascade of policies designed to move the United States toward zero fossil fuels. The Republicans instead would allow free markets to balance the trade-offs between global warming and economic growth.

One thing both Democrats and Republicans agree on is the economic scale of the issues. Republican foundations estimate that Democratic energy plans would cost ~400,000 American jobs, result in an “aggregate gross domestic product (GDP) loss of over $2.5 trillion,” and increase “household electricity expenditures between 13 percent and 20 percent” (Heritage Foundation). Democratic think tanks counter with similarly high cost estimates for climate-related losses due to hurricane damage, rising sea levels, and water shortages (Natural Resources Defense Council). Either way, the consequences are measured in trillions of dollars. Given the high price of getting energy wrong, perhaps it merits more time on the debate stage.