Smaller companies have a track record of being the first movers in American shale plays – leasing low cost acreage, proving up the shale’s potential with appraisal wells, and then selling to, or joint venturing with, a larger company. This arrangement has been predicated on access to low cost acreage, which results from competition among private mineral rights owners. Unlike the United States, where mineral rights are mostly privately owned,  other nations’ governments own the mineral rights and are responsible for issuing concessions under various regulatory regimes. While it may be impracticable for other governments to adopt private ownership of mineral rights, regulatory regimes can be adjusted to recreate similar conditions, thereby incentivizing smaller operators.

There are three key commercial differences between private and public ownership systems that need attention in any “synthetic lease” product for smaller operators:

Each of the above characteristics of private mineral rights ownership can be recreated in regimes of government ownership. The goal is to establish a government licensing regime that mimics the positive characteristics of American leasing. Such small company concessions would only be available to operators with a market capitalization or other value that is, for example, less than $1 billion. Its terms and conditions would be along the following lines:

Such an approach both lowers the risked capital for smaller companies seeking to test a shale play and the risk to the government that acreage will be tied up by unproductive companies.

While some commentators have suggested that a national oil company also could manage this risk by drilling a series of appraisal wells, such proposals miss the innovation inherent in operators experimenting independently of one another. For example, the Eagle Ford shale has witnessed ~350 different operators drill ~15,000 wells. The vast majority of these operators were small companies. If international governments wish to replicate the success of the Eagle Ford, not only do they need many more wells, but they also need more operators. The small company concession proposal could help by replicating the shale development incentives that worked in North America. 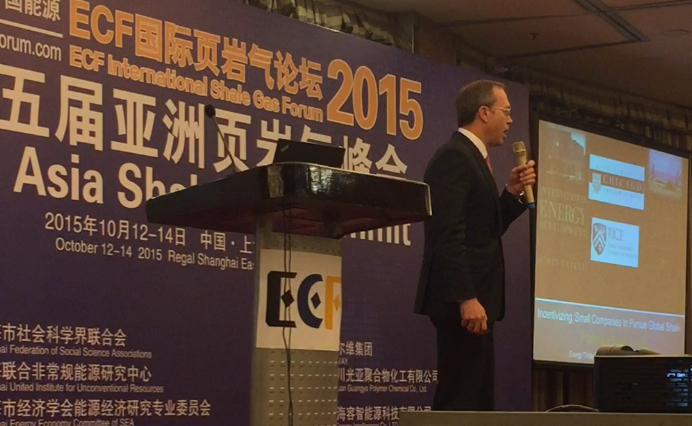 About the Gaille Energy Blog.  The Gaille Energy Blog discusses innovative proposals in the field of energy law, with a new issue being posted each Friday at http://www.gaillelaw.com.  Scott Gaille is a Lecturer in Law at the University of Chicago Law School, an Adjunct Professor in Management at Rice University’s Graduate School of Business, and the author of two books on energy business development (Shale Energy Development and International Energy Development).